Wow, what a week... I really should blog more often - lol!
Here's a little sneakie peek at what I created for Cassidy's dance teacher using papers from Scrap-Tastic's June Kit! 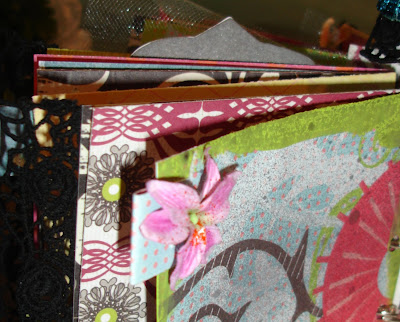 And here is the BIG cut! As mentioned in my last post, I was taking Caytlynn to get her hair cut and she donated her beautiful hair to Locks of Love :) 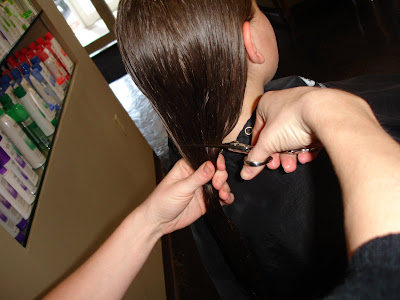 After the BIG cut, I turned to look at her and she had short hair for the first time since she was an infant. My jaw dropped to the floor and I put my hand over my mouth as I gasped loudly! Tear came to my eyes and I told myself I would not cry - OOPS! just couldn't help it! She looks great though, so grown up! FYI - if you live in the southern part of WI, we had this done at Steven Edwards Color Group salon in New Berlin. They cut her hair for free and even sent it in for us! Most places don't cut for free, but this is the only place that I have heard of that actually sends it in for you! 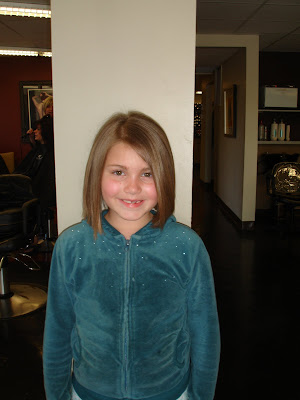 Friday night I attended a Zumba Jam at Preferred Fitness - SO MUCH FUN!!!! Can you tell I was having a great time??? lol 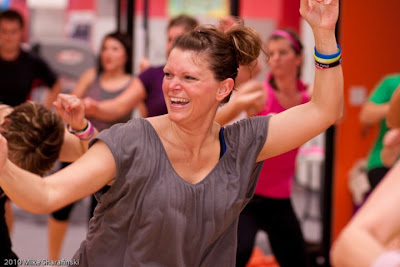 Here's Dina "mopping" the floor, it was hot and sticky, just the way it should be ;) 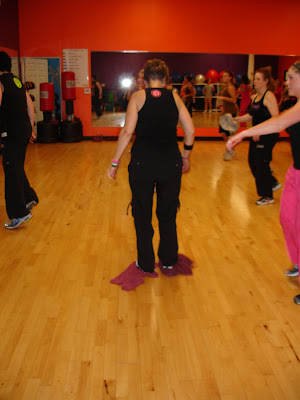 Sunday was Cassidy's Dance Recital :) Take a good look at that gap between Caytlynn's front teeth... it's bigger than the space where another tooth needs to come in - can you say braces? eeek! 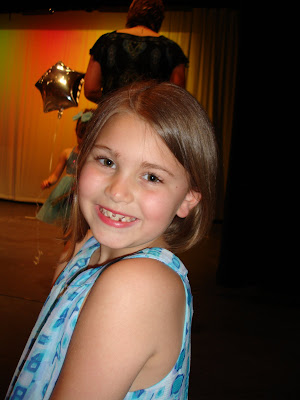 My little Cali Bear! I dressed her up because I wanted her to know she is special too :) 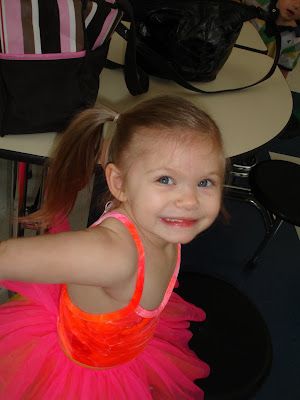 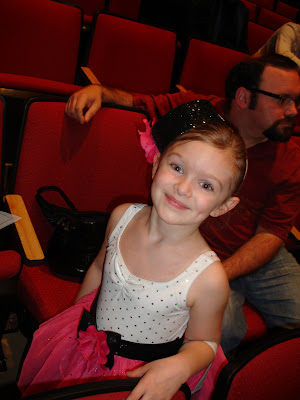 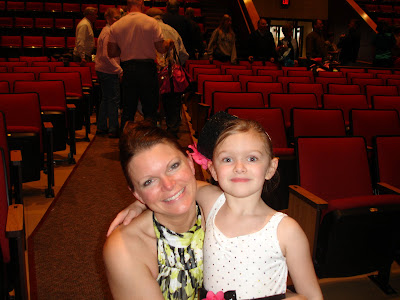 I realized after the fact that I didn't get any pictures of the boys... Cullen and Corey, but they were there along with my MIL and BIL Chad :)
Ok, Now onto my day, today... Cleaned this morning. Also watched LOST while doing laundry.
Corey and I repaired some of his jeans with some Helmar Adhesives... he helped! He is an over adherer - LOL! pics to come, for sure.
My neighbor is moving so we scheduled today to get together and do cappuccinos... she was running late, then my steamer was clogged and wasn't working at first. fixed that, so I feel as though we didn't really get to talk between the espresso maker giving me problems and Cali waking up and kids wanting snacks and such. I had a hair apt, so I kinda had to kick her out. Got my hair done, it has blond highlights again - YEA!!! Corey asked when I was going back to blond and I told him when he pays - lol! So he did - double yea!!!
I picked up a few things from the grocery store for Cassidy's B-day treat for school tomorrow. Gosh, I can't believe she will be 6! Picked up Qudoba for Corey and me. Got home with 5 minutes to eat as much as I could of my yummy burrito before taking Cullen to his pee-school for Mother's Day tea party. They were so cute! I am so proud of Cullen. He has never been much of a singer, but the words that he did know, he belted them out! And inbetween each song I would hold up my hands so he could see and clap for him. And inbetween EVERY song he would say "mom" with a big smile on his face and wave to me. He even turned to his buddy Braden a few times and gave him a big hug too - SO CUTE!
Meanwhile Corey is making the treats for Cassidy at home - OMG!! See the pics below, these are priceless! This first pic is his batch 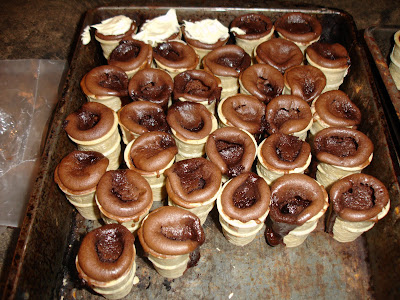 And this is my batch - LMAO! 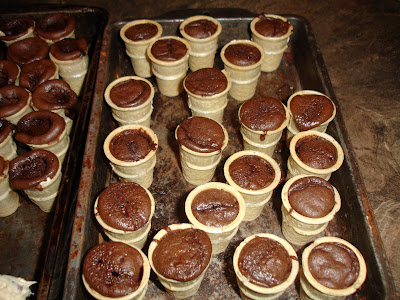 Even though it was raing and cold, I had an awesome day! I hope you did too!
Happy hump day!
Becky
Posted by Becky at 7:48 PM